December 28: Adbuffs, a renowned performance marketing brand, has recently organized a Cricket Premiere League as a proactive and engaging activity. The premier league was played at Axis Mall Rooftop on 17th December 2022 to convey the message of workplace wellness. 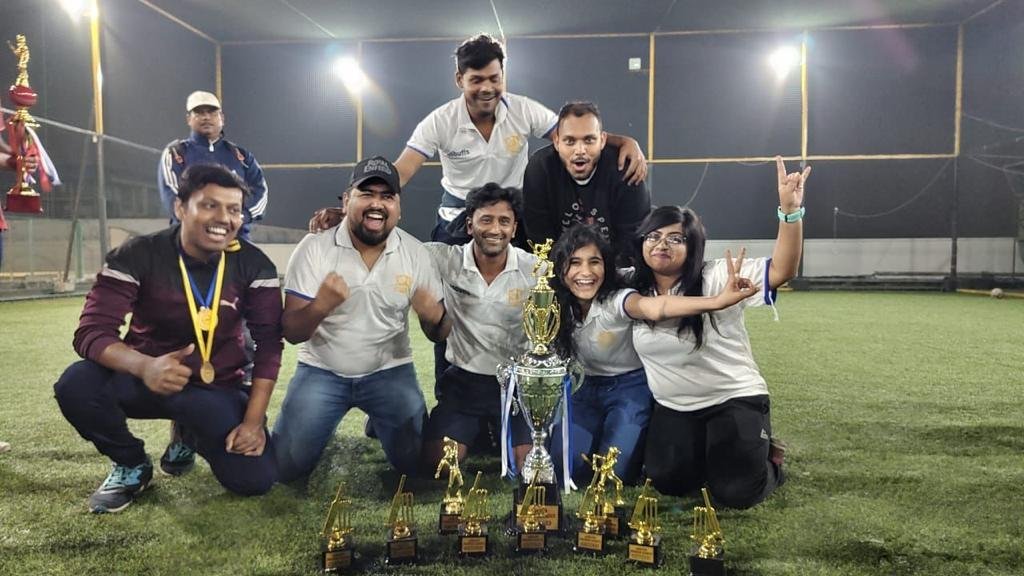 The “Adbuffs Premiere League’’ allowed employees an opportunity to display their sense of solidarity and to highlight the importance of such activities for maintaining a healthy work environment. Six teams each had their own prominent colour that competed in the league. The teams that participated in the league were Team buff force (maroon), Cric buffs (red & blue), Team titans (grey), Sentinels (black), All stars (blue), and last but not least Rudra Warriors (white). Ultimately, the last squad standing, Rudra Warriors, not only succeeded but also showed its teammates they were a worthy opponent.

On the success of Adbuffs Premiere League; Mr. Abhishek Maity the Co-founder of Adbuffs commented. As a former job holder, I can attest that the pressure of work life can get to you, and it is salient to maintain stress in order to be productive. The “Adbuffs Premiere League” provided us with a space to release our pent-up stress, and in my opinion, there is no greater activity than a cricket match. Also, the league wasn’t a mere competition but an enthralling experience for the whole Adbuffs crew, and the winning team ‘Rudra Warriors’ won our hearts with their satisfactory performance.

Commenting on the premiere league success, Mr. Ramasish Bhowmik, the Co-Founder and Director of ‘Adbuffs’ said The sole reason we organized a cricket match is to raise awareness that workplaces should incorporate proactive regimes in order to maintain the mental well-being of the employees. We hope to host such activities in the future and continue to raise awareness of the importance of a healthy workforce.