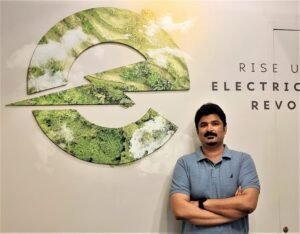 It has been another historic year for electric vehicle markets and technologies, with major policies, sales growth, developments, and landmark models set to enter the market. EV sales have given much-needed validation in 2022 on how all EVs have made their strong place in the Indian market. Due to their properties, EVs are not only selling themselves but the Indian government has been playing a great job backing up EV production and demand expansion.

China has thrown down the gauntlet once again in the automotive sector, with record EV sales getting 5 million a year. The dual-credit system – two types of credit that must be accumulated to avoid penalties – is a key driver. Although majestic, the results are not good enough. Much of this has been accomplished with sales of small and micro cars, an artificial result that decreases pressure for supply chains but is ultimately not the consumer preference. A shift towards accessible versions of larger vehicles will be needed as policy drivers fully phase out in the coming years – which is a more difficult task.

With other parts of the world, China’s success is leading to cross-pollination, which could be key for mainstream Electric Vehicle adoption. BYD and NIO have announced plans to sell EV models soon in Europe. The biggest obstacle to this may be political. The EU has a history of banning low-cost (or undercutting) Electric Vehicle imports from China, for instance, a tariff of up to 83% was appealed to e-bikes at the start of the craze a few years back.

In June 2022, within Europe, the EU established a landmark internal combustion engine (ICE) ban for 2035, and later it said that e-fuels will be banned for light commercial vehicles (vans) and cars. The ban represents almost 9-10 million electric car sales annually by 2035 using the current vehicle sales data. Given EU countries sold nearly 1.8 million electric cars in 2021, the targets, which are over a decade away, now look achievable.

On how all EVs have made their strong place in the Indian market In 2022 EVs sales have given much-needed validation. EVs are not only selling themselves but the Indian government has been playing a great job backing up EV production and demand expansion. Apart from the overarching role played by the state government and central government as policymakers. As far as electric penetration is concerned India is at an inflection point for all types of Electric vehicles.
3.5 lakh units of EVs were registered on September 1st, 2022 where Uttar Pradesh succeed top position for EV registrations in the country, followed by Tamil Nadu and Karnataka. E-rickshaw/e-kart category (top speed less than 25 km/h) controlled the market where 45% of three-wheeler sales increased, which has been seen in the market.

Sales of all EVs are expected to increase by 68% CAGR through 2027. The e2Ws and electric auto categories which are three and four-wheeler EVs will be accountable for the increased sales (including e-rickshaws). A fixed duty cycle and the initiatives by small businesses which include large businesses and local groceries shops such as Dominos to adopt electric vehicles for last-mile deliveries will ground steep sales of two and three-wheeler electric vehicles.

Electric buses are gaining friction due to the need for more fuel-efficient and refined buses that make minimal pollution. At present electric buses are seen on the roads of Lucknow, Delhi, Kerala, Dehradun, Manali, and Hyderabad as public transport and state road transportation services. Another reason is, the prominent e-commerce companies Amazon and Flipkart are sighting a 100% electric fleet by 2030 in the Indian Market.