The bilateral trade between India and Canada is US $ 4 bn, which is abysmally low and has great opportunity do double or triple: Arvind Bharadwaj, President, ICCC 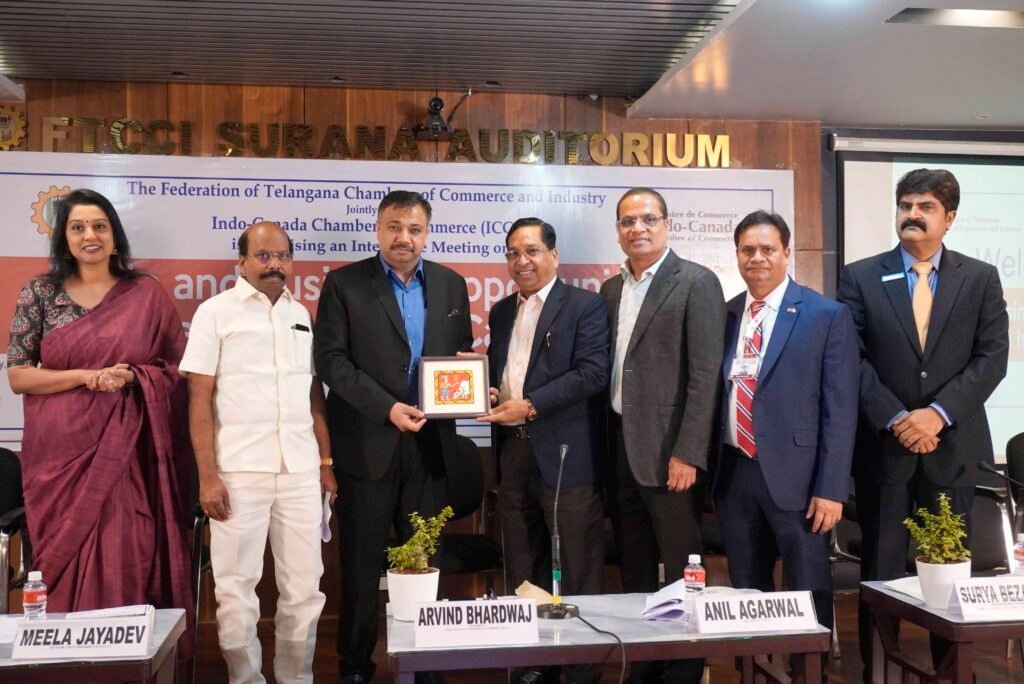 Hyderabad, January 18, 2023:  An Interactive meeting on Trade and Business Opportunities between India-Canada held in the city on Tuesday in FTCCI Surana Auditorium, at Federation House FTCCI, Red Hills

Addressing the gathering Arvind Bharadwaj said the trade between two countries is just US $ 4 bn which in any parameters is low. China is going slow because of their own problems. Cambodia, Bangladesh, Hongkong, and Taiwan are growing big in terms of bilateral trade. We see a huge opportunity for India to explore he said and added that ICCC is a 45-year-old trade body, leads a business delegation to India as part of India’s mission continuously for the past many years.

Two Indian communities —Punjabis and Gujaratis used to dominate in Canada, but now things changed and diaspora from across India got into trade in Canada. The delegation toured Maharashtra, Bangalore, and now in Hyderabad and will visit Delhi.

The mission of the trade delegation was to explore areas for bilateral trade and cooperation and build business-to-business relations, Arvind added.

India is a growing and robust economy. Its strong young population must be used to its advantage, he added.

Giving a welcome address, Anil Agarwal, President of FTCCI said the relationship between the two countries goes a long way. Our diplomatic relations with Canada began in 1947. Both nations have shared democratic values and strong people-to-people relations.

Speaking further he added that Canada is the leader in energy. India can explore their expertise and competence to the mutual benefit. Also, Canada’s environmentally friendly urban infrastructure is worth exploring, he stated.

Many Indians are migrating to Canada. So, we both countries have a mutual interest in each other for common good, added Anil Agarwal.

Mr. Chakravarthy AVPS, Chairman of the International Trade & Business relations committee, FTCCI said the response to the meet was overwhelming. This reflects the fact that both nations have great synergy.

Post Covid, globalization has become glocalization. But, did that dampen the spirit of global trade? he asked and said ‘I feel it is not, instead it paved a way for new innovations and opportunities.’

Speaking on the occasion Surya Bezawada, South Indian Coordinator for ICCC and a Telugu man who settled 20 years ago in Canada said ICCC delegates never visited the south in the past. It has been exploring the south only for the past few years. He shared areas of bilateral interests with the delegation.

Followed by the interaction, the delegates had B2B meetings.

More than 300 people registered for the meeting and attended the same.