After Archohm’s effort of religiously attending the Salone de Mobile Milan Fair, and the Venice Architecture Biennale annually, to inspire and update ourselves with the zeitgeist, at first, the Dubai Expo, didn’t evoke the same curiosity. However, making a trip just in time before it shuts gates in March 2022, truth be told, the expo is a must-see and must be on the list of every discerning citizen of the world.

In a strange way, I was reminded of the Crystal Palace that housed the Great Exhibition of 1851 in the UK – something we all read about as a testament to the Industrial Revolution; and the Eiffel Tower that was erected to mark the 1889 World’s Fair at Paris. Both these gestures, still serve as reminders of the state of the world at the time; and the Dubai Expo does exactly that. Technology, Sustainability, and Storytelling stood out as strong themes and mediums throughout the fair. Here is a roundup – 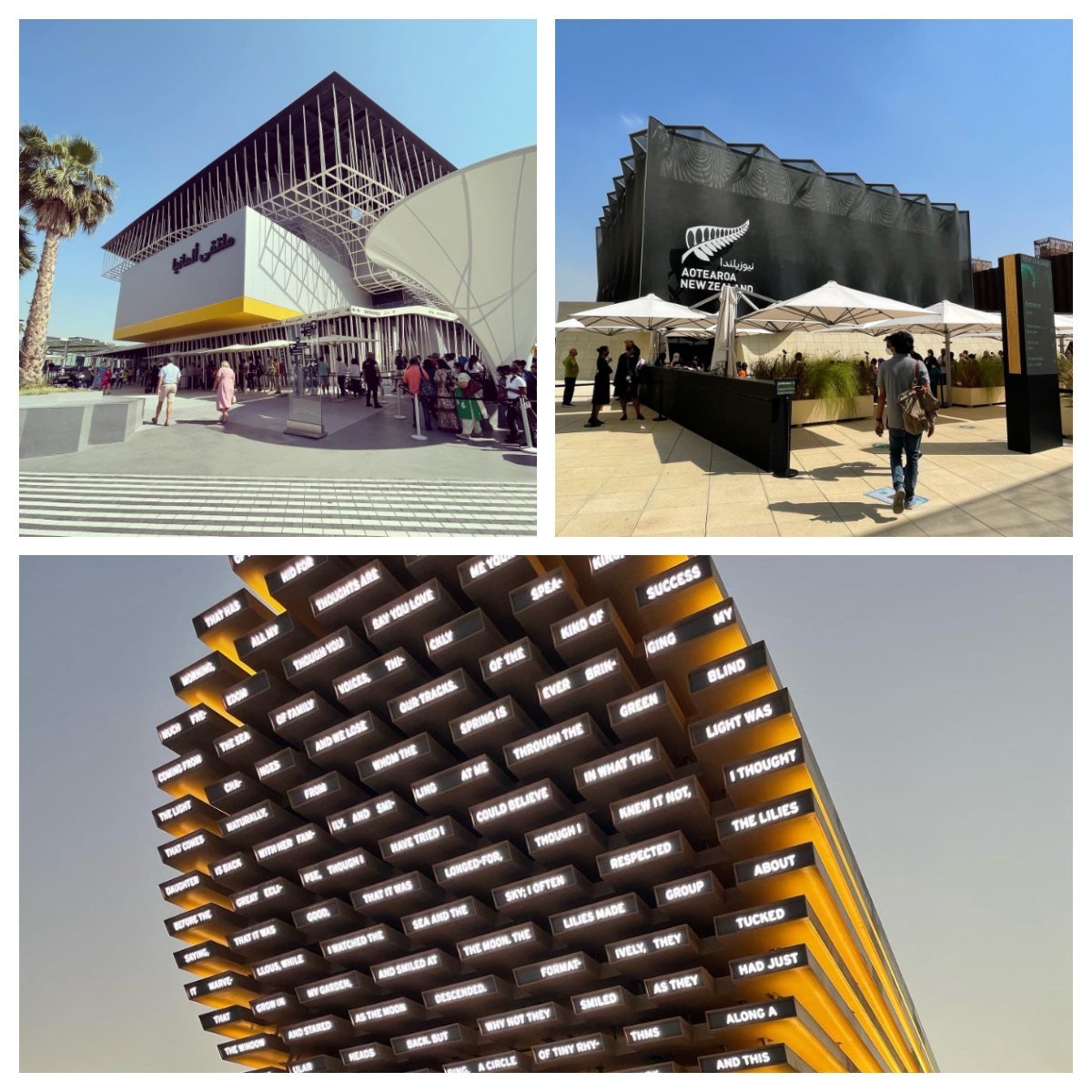 The Netherlands Pavilion was quintessentially Dutch. It created a circular microclimate that harvested energy from solar panels, water from the humidity and grew vegetables and mushrooms vertically with it. Through its spatiality and engineering, the whole system worked beautifully to conjure rain in the desert! 9/10

We were entertained, engaged and educated at the fascinating German Pavilion. The experience recognizes you and plays at your moral compass. Cannot miss this marvel of experience design. 9/10

The Saudi Pavilion was the largest one at the Expo. 15% of the world’s oil, in one country and they wore it on their sleeve. Architecture and Technology were intertwined with one another. We are unable to tell when one begins and the other ends. 9/10

New Zealand’s immersive pavilion, highlighted the indigenous Maori ethos of being connected to the natural environment. The UK Pavilion wanted to create a record for world’s longest poem, generated by a machine. You give a word and the system through AI will return a poem to you. Austria was a surprise as it was very contextual to the desert. The Swiss had an engaging façade. Israel threw a party with entertainment almost overpowering the information. Also interesting were Russia, Finland, Pakistan, Japan, Spain, Singapore, Terra and Mobility Pavilion.

Sadly, however, the India Pavilion at the expo was all about what not to do. Do not use the L1 clause for such projects. Do not recreate Jantar Mantar. (Move on) Don’t make the exhibition about an individual doing yoga, giving speeches. It was such a lost opportunity to display the soft power of India through contemporary Indian architecture.

SATTE 2022 opens to a stupendous response, provides perfect boost for a resurgent industry