Best Universities Around the World to Pursue Astronomy 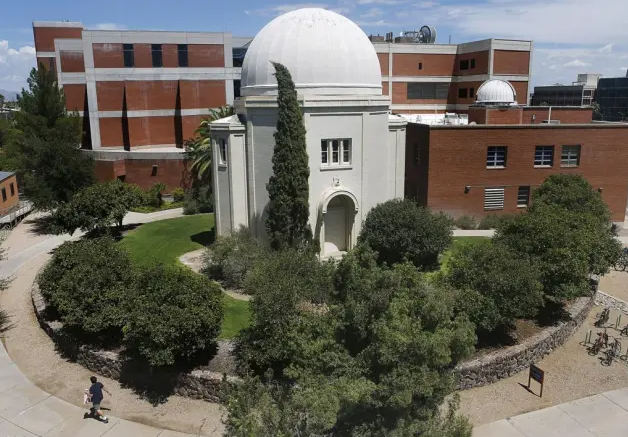 Astronomy, one of the oldest branches of science, deals with the study of celestial bodies like planets, stars, and galaxies. It refers to the study of objects outside the earth’s atmosphere and their physical and chemical properties. While it is a comparatively smaller field than other disciplines of science, the fascination of the subject lies in its growing popularity lately. An astronomy graduate has a number of career opportunities, ranging from research and teaching to a more hands-on path, like becoming a meteorologist or an astronomer.

University of Cambridge, located around 60 miles north of London, dates back to 1209. Today, there are six schools at the university, which enrol around 19,000 students: arts and humanities, biological sciences, clinical medicine, humanities and social sciences, physical sciences, and technology. The Institute of Astronomy (IoA) is part of the Faculty of Physics and Chemistry under The University of Cambridge’s School of Physical Sciences. The IOA offers an exciting opportunity for suitably qualified students who have completed a bachelor’s degree (or equivalent) in astronomy, physics or mathematics to apply for courses like masters, MPhil, or PhD in Astronomy, Astrophysics and Data Science. The University is also home to the Kavli Institute of Cosmology, which contributes to the establishment of a single location where scientists from the University’s Institute of Astronomy, the Cavendish Laboratory (the Department of Physics), and the Department of Applied Mathematics and Theoretical Physics can share knowledge and collaborate on large-scale projects.

The University of Arizona is a public land-grant research university founded in 1885 in Tucson, Arizona. The Department of Astronomy and Steward Observatory of the University of Arizona is a highly renowned scientific institution known for research in modern astronomy. The Bachelor of Science degree programmes at the institution prepare students for professional careers in astronomy, astrophysics, and other related subjects. The program’s curriculum, which combines field-specific coursework and research with a solid foundation in physics and mathematics, often captures the attention of interested students. The university has also been affiliated with national projects like the 1969 Moon Landing Mission.

Furthermore, the University of Arizona is also part of a university-based national network under the “National Space Grant College and Fellowship Program,” created by the US Congress in 1989. This programme is run by a team of managers and affiliate representatives from all over the United States and provides the university’s STEM-major undergraduates with paid research opportunities through various projects like the Near Space Clubs, SEDS, and the Stechler Lunar Greenhouse. The programme helps them strengthen their quantitative reasoning skills and data fluency through explorations of a range of astrophysical events and phenomena. Overall, the course offered by the university is ideal for students to examine, apply, and integrate the fundamental results, common applications, current challenges, fundamental methodologies, and underlying theory in astronomy and planetary science.

Launched on September 14, 2007, the Indian Institute of Space Science and Technology (IIST) is a government-supported institute and deemed university in Thiruvananthapuram, Kerala. It is the first institution in Asia, established by the Indian Space Research Organization (ISRO) under the Department of Space of the Government of India. It is dedicated exclusively to the study and investigation of outer space. IIST provides undergraduate, graduate, and doctoral engineering programmes with an emphasis on space science, technology, and applications. The institute also offers research programmes in space technology-related fields.

Leiden University is a public research university founded in 1575 in Leiden, Netherlands. It is one of the leading international research universities in Europe, excelling in five disciplinary clusters: fundamentals of science, life sciences, health and well-being, law, politics, and administration, as well as languages, cultures, and societies. The astronomy department at Leiden University is part of the Fundamentals of Science cluster. The institution offers qualifying students a two-year master’s curriculum that trains them to become specialists in several aspects of astronomy. It offers seven rigorous specialties, all of which may be customized to the interests and aspirations of individual students in order to prepare them for a range of jobs in academia, business, and public sector. In addition, the institution maintains tight relationships with astronomical institutes such as SRON, ASTRON, and ESA-ESTEC, allowing master’s students direct access to the world’s most advanced astronomical research facilities.

Founded in 1861 in Cambridge, Massachusetts, the Massachusetts Institute of Technology (MIT) is a private land-grant research university. It is one of the world’s most prestigious and highly-ranked academic institutions and has played a pivotal role in the development of modern technology and science. When it comes to Astronomy & Astrophysics, MIT is home to a thriving inter-disciplinary research and education programme. These operations cover numerous departments, including the Astrophysics Division of MIT Physics, the Planetary Division of MIT Earth, Atmospheric, and Planetary Sciences (EAPS), and the Department of Aeronautics and Astronautics (AeroAstro). About 180 people, including academics, students, and researchers at the MIT Kavli Institute for Astrophysics and Space Research (MKI) are dedicated to advancing the understanding of the cosmos.