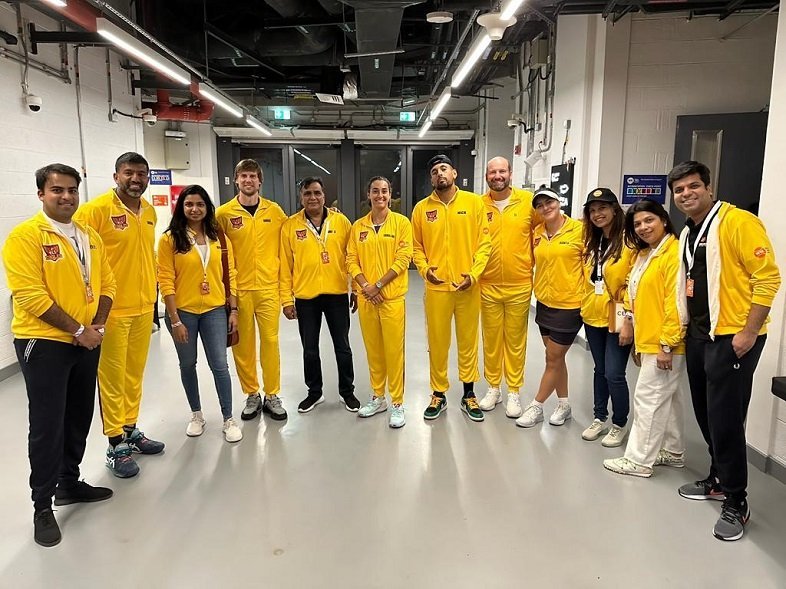 December 2022, New Delhi: Team Eagles owned by BLS International Services Ltd. is participating in this season of the World Tennis League taking place from the 19th to the 24th of December, 2022 in the Coca-Cola Arena, Dubai

World Tennis League is an exemplary blend of sports and entertainment making for a unique experience; featuring not only world-renowned tennis players but also some preeminent artists from around the globe. The players’lineup includes the legendary player Novak Djokovic, IgaS-wiatek who has been currently ranked world No. 1 by the Women’s Tennis Association (WTA), Dominic Thiem who has been ranked as high as world No. 3 in singles by the Association of Tennis Professionals, and AnettKontaveit who is the highest-ranked Estonian player in history, among several others. The league will follow a never seen format by dividing these players into four different teams: Eagles, Kites, Hawks, and Falcons. These matches will be followed by some compelling concerts by DJs and performers like Tiesto, NE-YO, WIZKID, Mohammad Ramadan, Deadmaus, and Armin Van Buuren.

Mr. Shikhar Aggarwal, the Joint Managing Director of BLS International has been quoted saying, “BLS International is a trusted global, tech-enabled service provider for visa consular and digital services and we rank amongst the top 3 players in the said domain. At BLS International, we have always believed in continuously expanding our horizons and developing a one-world network between different countries, cultures, and communities. With that vision, we embark on this exciting journey of becoming a part of the premier World Tennis League with our team, the Eagles! As we kick off this electrifying competition, to my team Nick, Rohan, Caroline, Bianca, and Andreas, I’d just like to say, may you all soar victoriously high, just like an eagle, as you keep your eye on the championship. To all the teams, here’s wishing you all the very best!”

Carlos Pena: We created chances but couldn’t convert them

Samay Singh Modi , winner of The Player Hunt Season 2 comes on board as a mentor for Season 3