New Delhi, 7th April 2022: The first literary event of Bonjour India, the Goncourt Choice of India Award, was today held in New Delhi at the Residence of France. The Goncourt Choice of India Award is an event of Bonjour India, an artistic, cultural, educational, and literary festival celebrating the partnership between India and France. An initiative of the Embassy of France and its cultural department, Institut Français en Inde (IFI), along with the India network of Alliances Françaises and the Consulates General of France, the festival is out to delight the people of India with 120 curated and collaborative events across 19 cities this summer.

In France, the literary holy grail of Goncourt is awarded every year to the “best and most imaginative prose work of the year”. Instituted over a century ago, the Goncourt has become a literary rendezvous between French and foreign readers and publishers. 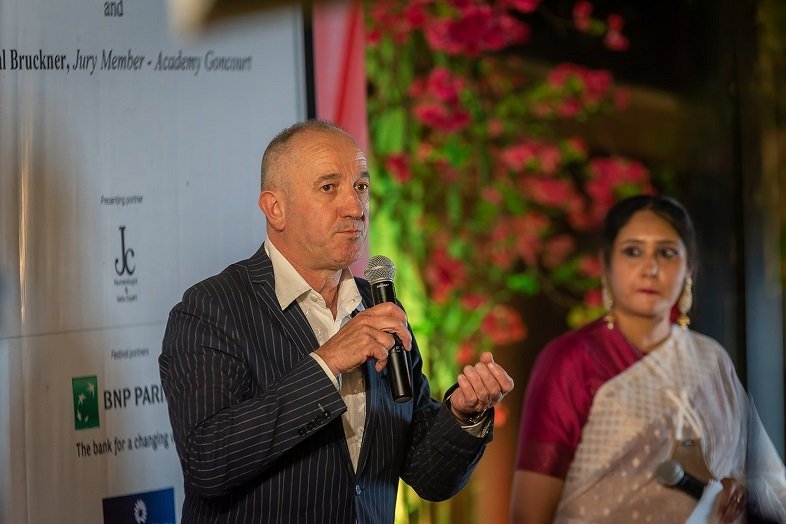 In 2021, India proudly joined the international family of the Choix Goncourt (Goncourt Choice). Today, students in 27 countries select their Goncourt choice after reading the four shortlisted titles in two intense months. After completing these books, they interact locally to select their preferred title. For this first edition in India, the prize was supported by 10 institutes comprising the network of Alliances Françaises and 9 universities across India: Delhi University, Rajasthan University, University of Mumbai, Savitribai Phule University Pune, University of Goa, Pondicherry University, English and the Foreign Languages University of Hyderabad, Madurai Kamaraj University, and Bengaluru City University. Forty-seven students in these 10 institutions formed 10 local juries of the Goncourt Choice of India. 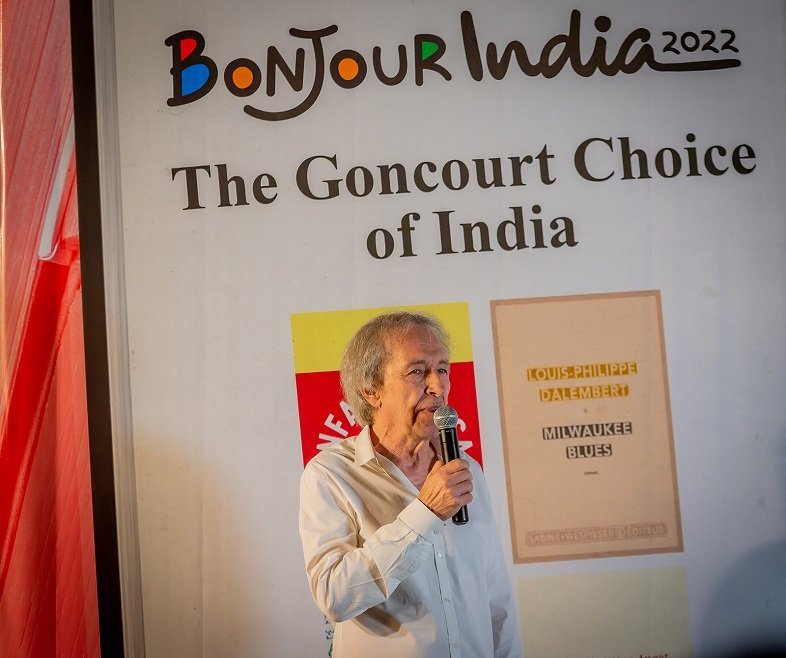 On April 5, 2022, the 10 presidents of the 10 juries gathered in a room at the Residence of France to decide the laureate of the Goncourt Choice of India. The contenders:

• Le Voyage dans l’Est by Christine Angot: a powerful novel, the mirror of her previous book Un Amour impossible, which addresses incest by taking on various viewpoints, that of the child, of the teenager, and finally of the young woman who was the victim of her father.
• Milwaukee Blues by Louis-Philippe Dalembert: poignant portrait of an ordinary man made extraordinary by his terrifying death. With his customary verve and wit, Louis-Philippe Dalembert presents us with a lovable, familiar character fleshed out by a myriad of details of his daily life and the love and affection of his friends and family.
• La plus secrète mémoire des hommes by Mohamed Mbougar Sarr: an astonishing novel about choosing between living and writing, about the desire to go beyond the confrontation between Africa and the West. Above all, it is an ode to literature and its timeless qualities.
• Child of a Bastard by journalist Sorj Chalandon, a personal book confronting the disturbing truth exposed during his youth that his manipulative father had been a Nazi collaborator during the war.

The occasion was celebrated at the Residence of France with a befitting cocktail soirée. In attendance were VIP partners and guests from the literary world. Two members from Académie Goncourt author Philippe Claudel author and (General Secretary), and author and philosopher Pascal Bruckner (jury member), were present. In the course of the evening, Philippe Claudel opened the sealed envelope containing the name of the writer selected by the jury members to announce the winner: Mohamed Mbougar Sarr for his book La plus secrète mémoire des hommes.
Excitingly, this year these 47 jury members will participate in an International Contest of Literary Criticism launched by the Académie Goncourt. These jury members will have two months to write a 3000-word critique on the laureate in French. The contest jury will be composed of a French publisher, a French literary critic, and an academic. The winner will win a trip to Paris to attend the prestigious Goncourt Prize ceremony in November 2022. 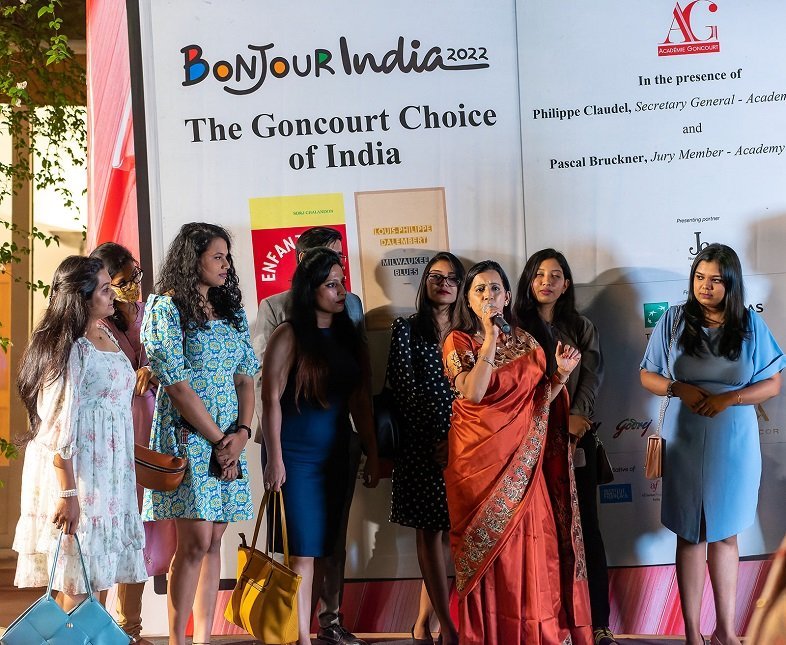 Goncourt Choice of India is an innovative way to explore contemporary French literature. This initiative fosters exchanges between students from various regions and backgrounds over their shared passion for the French language and literature. It also encourages Indian publishers to translate and publish contemporary French novels in India. The Goncourt Choice of India Laureate will be translated into Indian languages and will be supported by the IFI’s PAP Tagore programme. The Publication Assistance Programme (PAP Tagore) is a major tool for the development of the influence of French literature and thought around the globe. The provisions of this program have benefited foreign publishers willing to add French-language writers to their catalogue via translation.

Speaking about the award, Dr Christine Cornet, Attaché for Books, Debates & Ideas, Embassy of France, said “College and university students in India have access to many great books in English. Indeed, many such works are originally written in French before being translated into English. What makes the Goncourt Choice of India Award so exciting is that it gives bright young Indian minds new literary genres to explore in their original language. The thoughts penned in French are distinct from those penned in English. By reading the works of contemporary French writers, readers find a new worldview and discover unique answers to some of life’s most pertinent questions. Instead of reading the English translations of such books – which often lose their French flavour in translation – reading them in French ensures nothing is lost!”