Appointment of Shri.Ajay kumar Srivasatava as Managing Director and CEO 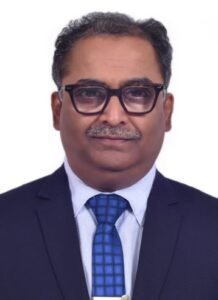 Chennai, 02 January 2023:  Shri Ajay Kumar Srivastava has been elevated as Managing Director and CEO of Indian Overseas Bank with effect from 1st January 2023 from his current posting as Executive Director since 9th October 2017.

He started his banking career as Probationary officer in 1991 with Allahabad Bank where he worked in various capacities in different parts of the country. He is an astute and hardcore banker with Vast field level experience and has the distinction of having successfully led the largest and most critical areas of Uttar Pradesh, Gujarat, and Delhi while working at senior level in Allahabad Bank.

After the successful completion of about 27 years in Allahabad Bank, he was elevated as Executive Director by the Government of India and he joined Indian Overseas Bank on 09.10.2017.

At Indian Overseas Bank as Executive Director, he had a very challenging journey. Bank was incurring losses since 2014, was in PCA since 2015 and Financial parameters were in bad shape besides many other challenges. He made strategies for each of the key areas and successfully implemented them at the ground level with the support of the Board. He served the Bank asExecutive Director for more than five years and handled all the departments and portfolios during the period. The highlight of his stint as Executive Director has been playing a very key role in bringing the Bank out of loss in March 2020 and out of PCA in September 2021. Moreover, he was the only Executive Director in the Bank for about 14 months during 2020-2021.