TV9 Bangla News Series ‘Dui Bhubaner Pare’ catch Ranu Mondol and Bhuvan Badyakar in a candid chat to understand their celebrity status and identify whether their transient stardom can shed some light or leave their journey obscure in dark. 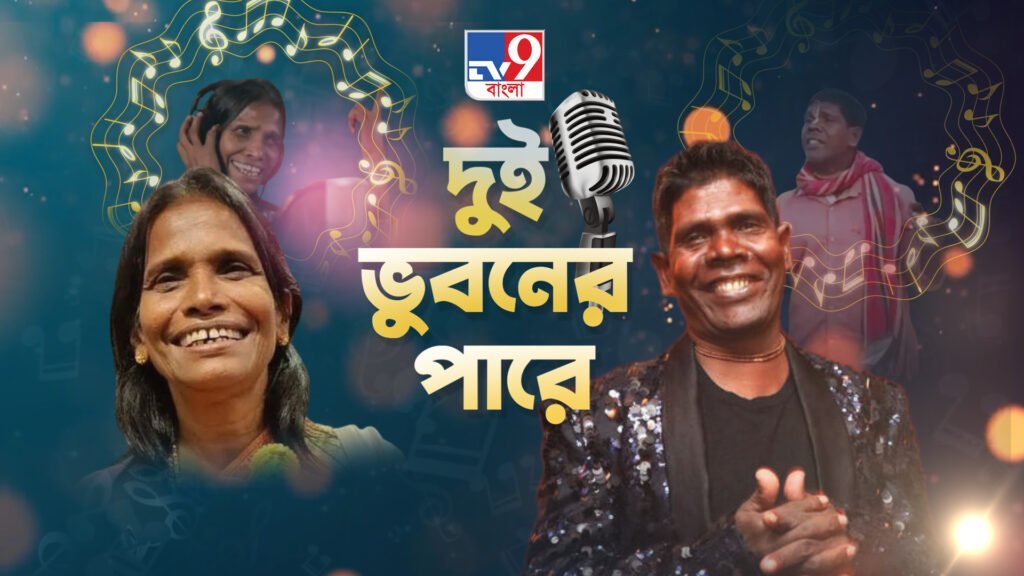 Kolkata, 8th Apr: Ranu Mondol has been the newsmaker when her video on ‘Ek Pyar Ka Nagma Hain’ went viral. She was a beggar from Ranaghat Railway station. Her video created an immense buzz among the netizens across the globe. This trend continued to be popularised when Birbhum-based peanuts seller, Bhuvan Badyakar took the netizens to hit the dance floors tuning to the grooves carrying the beating rhythms of Kacha Badam song globally. Bhuvan earned immense success overnight that had made his song humming with tongue-in-cheek. It may be recalled that Nadia-based Ranu Mondol has also carried her musical career to Bollywood. Nevertheless, Birbhum-based song maker has made the globe dance to his tunes and upload the reels to share them on social media platforms.

TV9 Bangla News Series finds out the truth behind the trend- from beggar or peanut seller to star- is it excitement or a craze? Once again, the news on Ranu Mondol’s psychic disorder took the video centre stage among the netizens for quite some time. Recently Bhuvan was called in a Kolkata-based pub to sing and dance, and the crowd went berserk. Is poverty being the only reason behind this ridicule? Have both Ranu and Bhuvan been pawns manifesting of earning less income for their shoddy livelihood? Or is this the beginning of their stardom that may throw some light to their ends meet? TV9 Bangla News Series questions their next endeavours after they have achieved short-lived overnight success of their stardom.