Hyderabad, April 11th, 2022……. The Minister of Education, Government of Telangana Smt. Sabitha Indra Reddy just inaugurated KVRSS Mobile Science Lab at the premises of Commissioner & Director of School Education, Lakdikapul, Hyderabad the Hon’ble Minister appreciated the cause taken up by KVRSS and assured support from the Ministry.

Speaking on the occasion Ms. Sabitha Indra Reddy suggested that the vehicle should be sent to schools in various districts of Telangana for the promotion of science in the schools. She appreciated the mission of KVRSS Society and Promoting Science. She assured all the necessary help from the Government 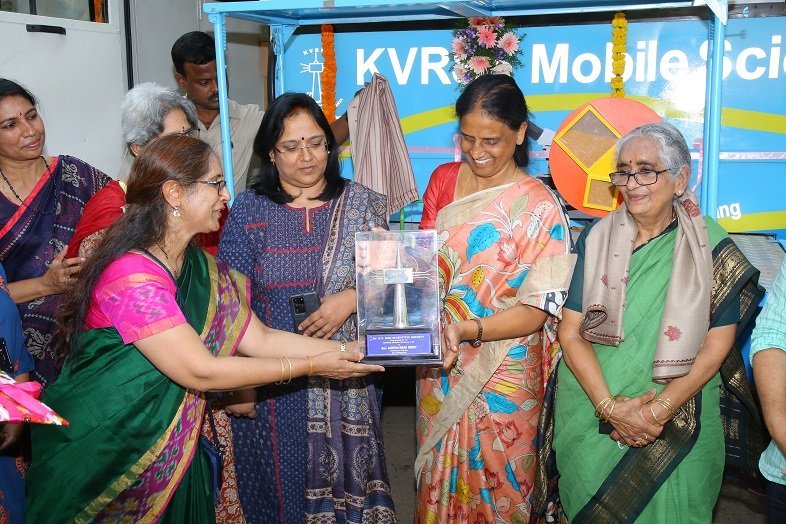 The K.V. Rao Scientific Society, a not-for-profit organisation had embarked on its journey of promotion and popularization of basic sciences since 2001 and has been involved in the encouragement of child scientists and of young scientists in pursuit of science and research for the past 22 years.

KVRSS Mobile Science Lab is an innovative initiative in the field of science for hands-on activities of different models and equipment to facilitate easy learning of science concepts by school students. It has been fabricated on a Eicher bus chassis and is equipped with all necessary equipment and models for learning science hand on for classes 7 to 10.

The Bus is equipped with Physics, Chemistry, Biology and Mathematics models and demonstration kits, depicting various scientific concepts and equipment for various projects. The bus also has a built-in audio-visual facility.

The bus is planned to go around the schools and the adjoining areas and in the twin cities of Hyderabad and Secunderabad and interact with students. Schools and students interested may through their school may approach to avail the facility 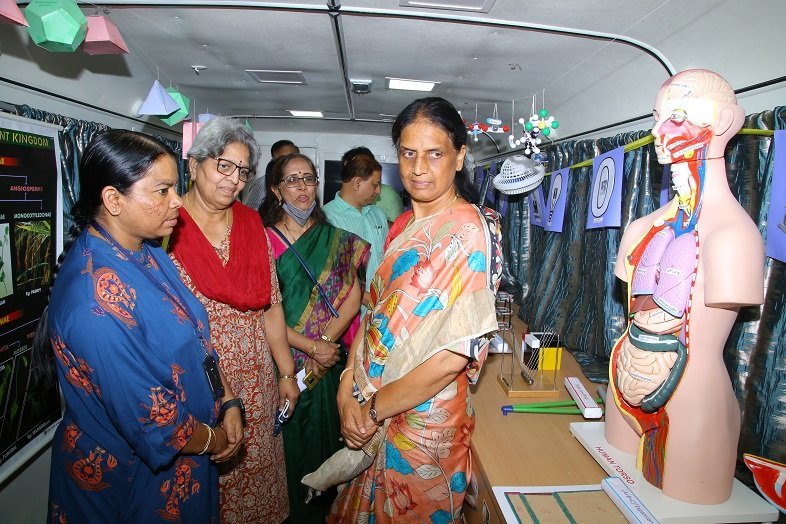 The Society started in 2001 in Hyderabad has now its footprint across India and is highly regarded by the scientific community and among students. During this journey, the Society realized the need for mentoring students in order to enhance their knowledge and creativity and create interest in Science. To achieve this KVRSS has designed and has set up a Science Innovation Centra at its office. To extend its reach to far-flung schools and take science to their doorstep KVRSS has now developed a mobile science lab which will go around various government schools and schools in and around the twin cities which require lab facility support and facilitate hands-on and experiential learning to school students from classes 7 to 10. The bus is equipped with all the equipment for learning science up to class 10 and also a number of models depicting various concepts in science.