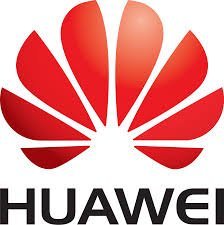 [Shenzhen, China, January 11, 2023] Huawei announced the winners of the second Tech4Good Competition on January 5, with the Irish team winning the first prize for their solution “Roll On” which helps wheelchair users independently board trains. The Roll On the ramp, powered by computer vision and IR sensors, is driven by AI and cloud computing linked over 5G. Roll On allows users to deploy a boarding ramp with their smartphone when needed.

The Tech4Good Competition began in 2021, under Huawei’s flagship Seeds for the Future digital skills training program. The competition encourages students to create solutions that utilize technology to address a social or environmental problem and make the solutions commercially viable.

“I am very impressed by how the students are using innovative technologies to help elderly people, to solve the flooding problems in urban areas, and to help people with moving disabilities,” said Professor Shahbaz Khan, Director of, the UNESCO Cluster Office in Beijing.

“We at UNESCO support Huawei’s Tech4Good initiative, which is in alignment with the United Nations 2030 Agenda and UNESCO’s efforts in STEM, Education for Sustainable Development, and Women Entrepreneurship for Development. Together, we make a lasting impact on people’s lives,” said Professor Shahbaz Khan.

This year’s competition attracted 3,222 students from across 110 countries, who worked on more than 300 projects. These students leveraged technology in pursuit of achieving the UN Sustainable Development Goals, with a particular focus on the commercial feasibility of their solutions. Following an 8-day workshop, case studies, Q&A sessions, peer review, and 10 one-hour online coaching sessions, 11 teams from 15 countries reached the final round.

At the award ceremony, Austin Zhang, Vice President of Huawei’s Global Government Affairs Department, announced that Huawei would provide one of the winning teams with US$100,000 and coaching from a professional team to help them commercially realize their start-up plan. “The soil we provide will help Seeds as you grow rapidly; you will become forces of tech for good and benefit countless people,” said Zhang. In addition, the first prize winner will have the chance to go on a four-day trip to Mobile World Congress 2023 in Barcelona.

Since 2008, Huawei has invested more than US$150 million through the Seeds for the Future program to help over 1.54 million people, from nearly 150 countries, boost their digital skillsets.