Hyderabad, 17th January 2023: Hyderabad Blackbirds (HBB) are proud of the team’s achievement in their first outing as HBB by MP Motorsport. The first round of the inaugural Formula Regional Middle Eastern Championship (FRMEC) took place at the Dubai Autodrome from 13-14th Jan.

The FRMEC grid made up of 28 drivers, is one the most competitive and biggest for a regional championship in Asia & Middle East in recent years.

Mari qualified on the front row (2nd) for Race 3, starting behind Mercedes junior Andrea Kimi Antonelli. Mari overtook Andrea in the first couple of corners and then drove an excellent race finishing 1.631 second ahead of Andrea. He also set the fastest lap time of Race 3. 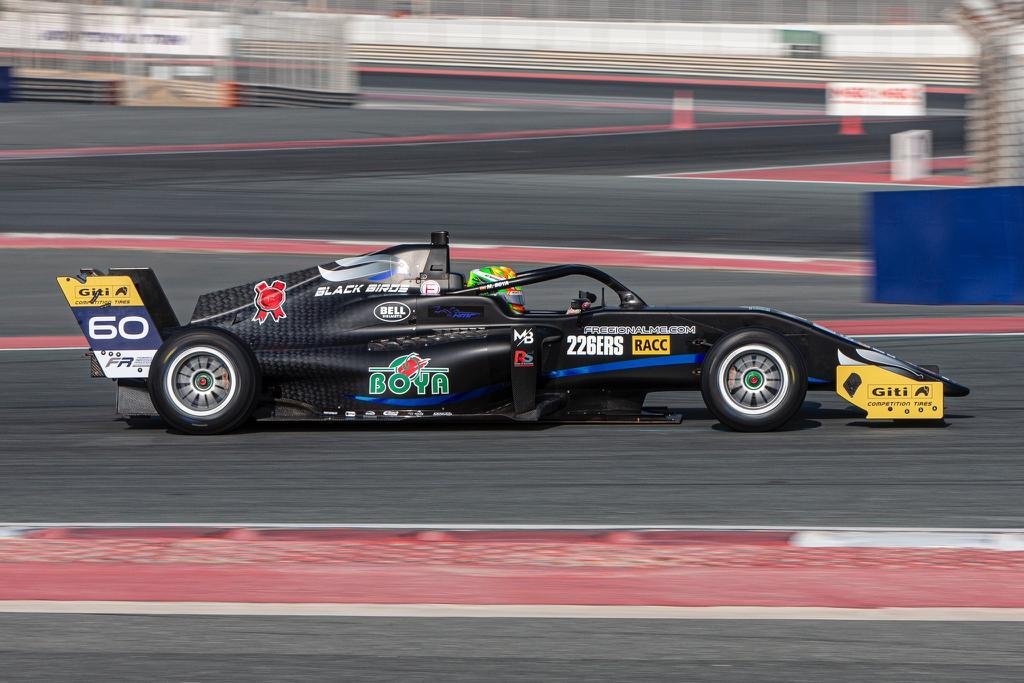 Mixed fortunes for Sami driving car 61 with reliability issues causing him to retire early in Race 2 and Race 3 following an incident from Race 1. Sebastian scored the first points for the team in Race 1 finishing 7th overall and added to the tally by finishing 8th in Race 2. He finished 17th in Race 3. Brad finished 24th in Race 1 improving to 20th in Race 2 and 15th in Race 3, steadily working his way up the grid all weekend.

Nikhil Bohra who also drove for GodSpeed Kochi in the Inaugural edition of the Indian Racing League drove for R-Ace GP at FRMEC put up an impressive performance by winning in Race 2 leading from the light to flag after starting from pole position.

Round 2 and Round 3 of FRMEC moves to Kuwait in less than a fortnight with the championship returning to Dubai Autodrome for Round 4 and finishing off in style at the Yas Marina circuit in Abu Dhabi.

Hyderabad Black Birds Team Principal, Karthik Selvaraj said ‘I would like to thank Mr. Akhilesh Reddy for his support to this partnership and his vision for providing a pathway for Indian drivers into and from the Indian Racing League (IRL).

We have exceeded all expectations in our first outing together and the team has shown what they are capable of. To be one of the three teams to have won a race in such a competitive grid shows how hard the team has been working all weekend.

I would like to congratulate Mari on his first win in the Regional category and to Sebastian for scoring valuable points for the team.

Our aim is to continue the momentum into the next rounds at Kuwait.