Hyderabad, April 15, 2022….. The five day Global Impact Summit 2022, a first of its kind of a summit organised with an aim to globalise Indian higher education by Woxsen University concluded on Thursday.

The Global Impact Summit will be the annual feature, disclosed Woxsen University.

The Summit was organized in the backdrop of news coming out that global schools are queuing up to start their chapters in India. India has suddenly become a focus country, the new address for foreign schools to expand their footprint and start their Indian campuses. 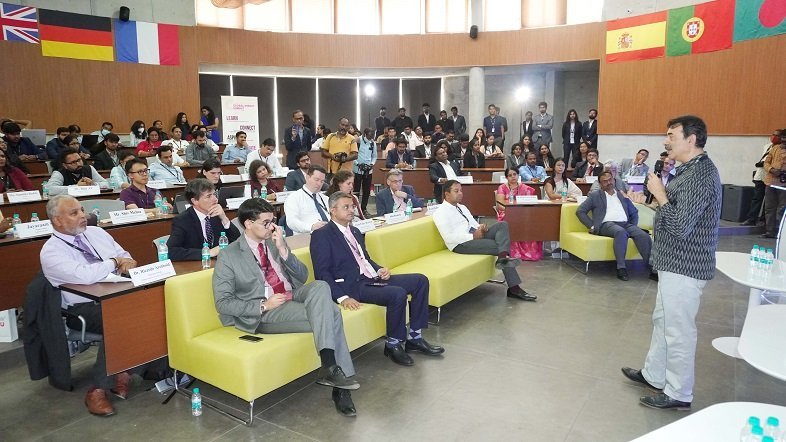 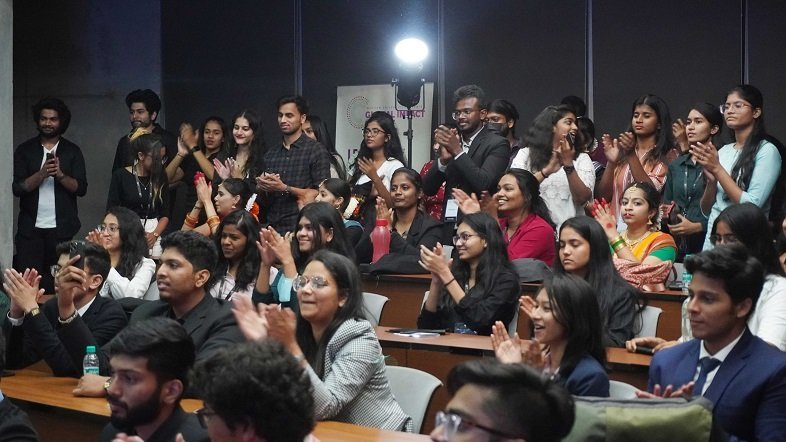 Among other crucial topics, the summit discussed Internationalization of Indian Higher Education, Future of Fintech with Disruptions, Innovation and Tough Economics, Emerging Technologies; the Future of Business; Restorative Justice; Ethical and Sustainable Academic Models, and much more.

Mr Jayesh Ranjan, Principal Secretary, Govt of Telangana spoke on Emerging Technologies & the Future of Higher Education Landscape in India. Mr. Jayesh Ranjan, highlighted that in light of the constant comparison between China and India in terms of the GDP growth, education can work as a big leveller to mitigate those disparities and take India to the forefront of economic growth.

Many of my batchmates at IIM where I studied observe that what they learnt is more in managing business than what was taught in the two year MBA program. I am not undermining the importance of IIIMs. What I am trying to do is to prove a point that, Practicalisation of education plays a very important role in engaging and preparing future business leaders, he observed.

Mr. Andrew Edlefsen, Principal Commercial Officer, US Consulate said that education is the most important bridge between US and India. In 2020-21, 167,000 Indian students studied in the US. Almost one-third of Indian students studying in other countries are in the US. 41% of the students pursue Graduation, 14% Under-graduation, while 44% pursue OPT (Optional Practical Training). We need to strengthen bridges between the two countries and would like to move partnerships with India in education. Mr. Andrew informed. 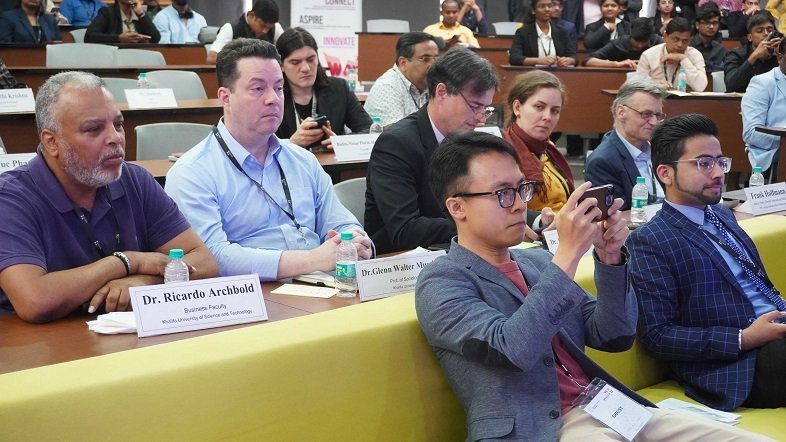 Mr. Badita Florin, Founder, Corruption Kills, Romania who was a panellist in the discussion addressed how the transformation of Job Markets. “Emerging technology will bring about a lot of transformation, it is in fact disrupting many sectors and by 2030 top jobs will be impacted by emerging technologies.” He further added that “In the last 2 to 3 years we have created more data than we have in the last 50 years. The need of the hour is to have more Data Scientists. I think India can be the front runner and leverage the field of Computer Science to build the talent pool.”

‘2030: The Way Forward for Internationalisation in Higher Education’ Mr. Nishit Jain, Sr. Spl. Advisor, Asia EFMD speaking on the need for internationalisation and that competition is no longer local, so you have to have a global mindset. It helps to recognise each other, know each other and other cultures.

Ms. Tanya Bajaj, Director of Client Relations, ETS India emphasised “ Universities must be able to give a standardised space, where all the students can compete and measure their skills on a global level.”

Mr. Rohan Shah, Founder & CEO, Classavo, USA added “Internationalisation is the need of the hour for students to connect to global educators and Universities cannot ignore that anymore.”

“Collaboration between countries on a global scale is not possible without Digitalization, it is important for developing countries to have advanced digital technology.” said Ms. Jennifer Hossain, Asst. Director, Centre for International Affairs & Cooperation, UIU Bangladesh. 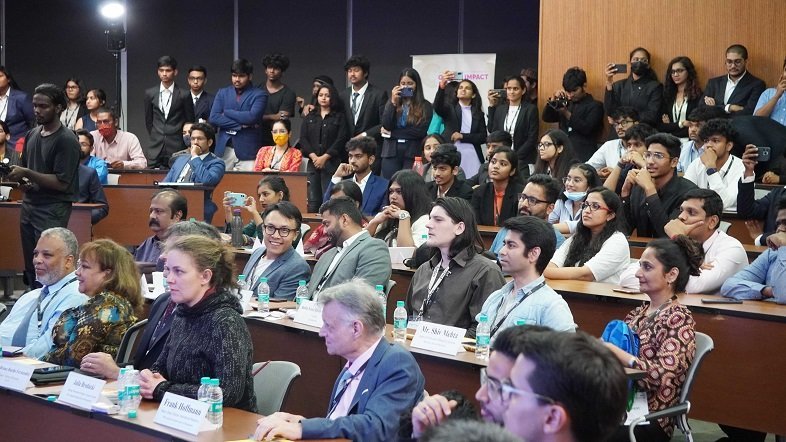 Three new academic collaborations were announced at Global Impact Summit 2022. Notable among them are Woxsen University and Banaras Hindu University. Woxsen University, School of Arts & Design and Department of Design, Banaras Hindu University (BHU), an institute of eminence agreed to collaborate in the areas of Joint Research, Training, Workshops and Conferences. A design innovation lab will also be set up with the collaboration of BHU. We haven’t yet formalised our collaboration. We have agreed to collaborate. It might take about six months to finalise this collaboration by way of an MoU (Memorandum of Understanding) , informed Mr Manish Arora, Faculty Visual Arts and Coordinator for Design Innovation Centre, BHU.

The theme of the Summit was Ethics, Responsibility and Sustainability followed in combination with Innovation and Transformation.

The Global Impact Summit will also extend this platform for students to present and pitch Business Ideas to potential investors, which will be led by Woxsen’s Trade Tower.

The power-packed summit will include seminars, panel discussions and round table conferences led by leading Indian entrepreneurs, government officials, and public figures, adding immense value to the discussions. Students of Woxsen University will also showcase their innovations & ideas at an exhibition held during the Summit.

Students of the Woxsen University showcased clothes from 13 different countries, that of delegates of Global Impact Summit in a Fashion Show.