January 14, 2021 – Rooter, India’s leading game streaming and e-sports platform, today announced it has raised $25 million (INR 185 crore) in a Series A funding round led by Lightbox, March Gaming, and Duane Park Ventures. 9Unicorns, ADvantage, Capital-A, and Goal Ventures also participated in the round along with existing investors, including IeAD Sports & Health Tech Partners.

Founded by Piyush Kumar and Dipesh Agarwal, Rooter has emerged as the largest player in the Indian gaming category with 8.5 million monthly active users and over 30 million downloads, making it the No.1 app in the ‘Sports’ category on Google Playstore since October 2020. The company extensively covers chart-topping games, including BGMI, Free Fire, Valorant, and Call of Duty, among others, through its streamers and e-sports tournaments. Around 1 million unique users create gaming content on the Rooter platform every month, and the company is aiming to emerge as the dominant player in India’s creator economy by building a base of the next 500,000 professional game streamers through its gaming and e-sports platform. 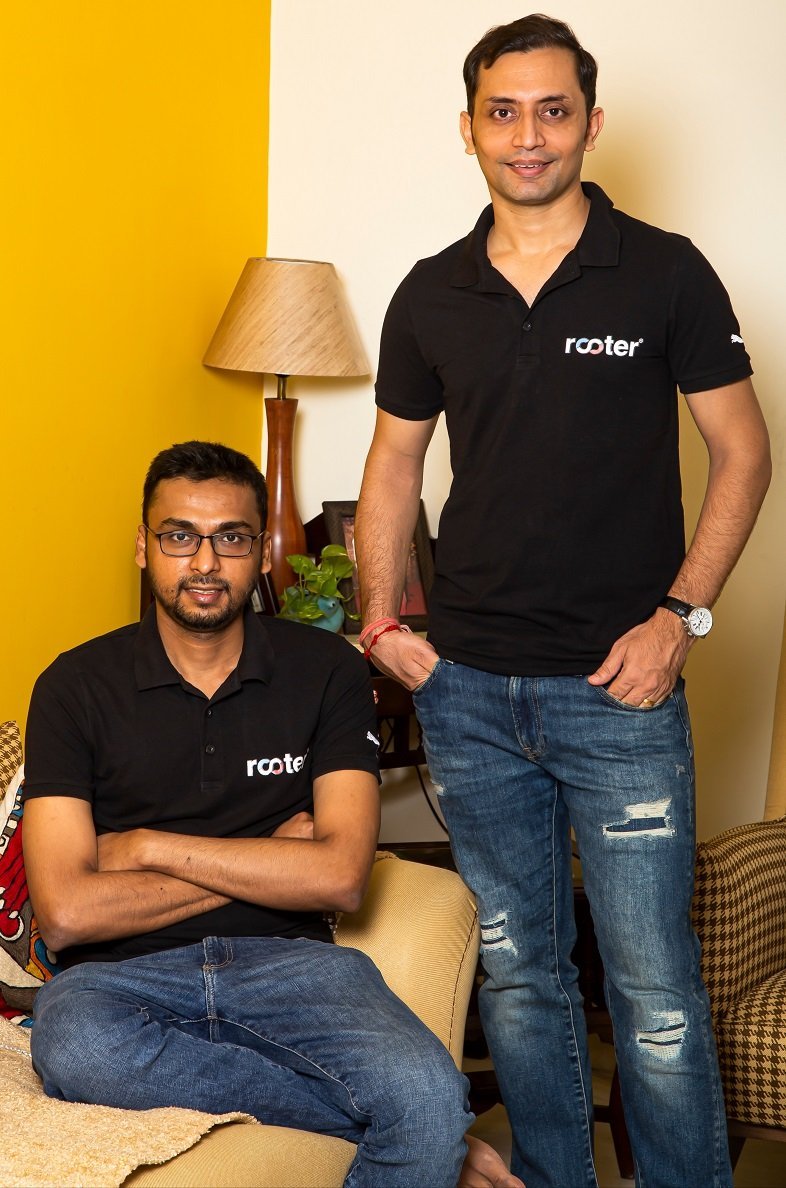 According to a report issued by RedSeer and Lumikai, India is expected to be home to 700 million gamers by 2025.

“Rooter has been growing at a blistering pace over the last 18 months in tandem with the ballooning mobile gaming market in India, and this fresh infusion of funds by such marquee domestic and international investors only validates our work,” said Piyush, Founder, and CEO of Rooter. “Our community of streamers has been witnessing amazing engagement on our platform, which has allowed us to increase our revenues in the last six months. Dipesh and I look forward to working with our supporters to make Rooter the largest gaming company in the country within the next two years.”

Sid Talwar, Partner at Lightbox said “Gaming is the future of social media for the next generation. 92% of Gen Z and millennials play games. And these ‘gamers’ are more engaged, more invested, and far more eager to contribute to gaming platforms than any traditional social media user today. Rooter is working to enhance the online experience of this community. And we’re excited to partner with them on this journey.”

“Rooter’s differentiated streaming platform and unique value proposition to users have put it at the forefront of the gaming industry in India,” said Gregory Milken, Managing Partner at March Gaming. “The availability of cheap, fast, and reliable mobile data in India has resulted in a massive explosion of streaming services and digital content, and we believe Rooter is best-positioned to capture this expanding market as the clear platform of choice for game streaming. We are thrilled to make our first investment in India and look forward to partnering with Piyush and his team to both fuels the company’s next phase of growth and strengthen its position as India’s largest streaming platform for gaming and e-sports.”

Salil Bhargava, Director at Duane Park said, “we have closely followed the gaming business in India for several years. We believe the game streaming business in India will see explosive growth. Over the last 18 months, Piyush and the team have proved their ability to emerge as the platform of choice in this space. We are delighted to partner with Rooter on this journey to shape the future of the Indian game streaming market.”

Through this funding round, the company also facilitated the secondary sale for a few of its shareholders and an exit route for a few employees through ESOP buyback. Rooter is looking to almost double its team size by hiring across divisions to add to its 55-member team based in New Delhi.

A&W Capital, a UK-based boutique investment bank, was the exclusive financial advisor and Delhi-based Ahlawat and Associates was Rooter’s legal counsel on this deal.

Hyderabad based All India Robotics Association today on the eve of Republic Day, announced the commencement of a project to make India’s indigenously built Defence Robots